skip to main | skip to sidebar

54 Hours is a film that I helped to develop and Co-Directed with the talented Bruce Alcock from Global Mechanic.  The film was completed to coincide with the anniversary of the 1914 Newfoundland Sealing disaster.  where 132 men went to the ice and 78 froze to death over the course of 54 hours.

I grew up knowing about this story as members of my family, Ruben and Albert John Crew, were involved in the disaster.  As the anniversary approached I developed an initial pitch for the project that was presented to the National Film Board of Canada.  We got the green light to move forward in January 2013.   The fantastic Michael Crummy, who lives in Newfoundland, was brought on as writer .  Bruce Alcock, a fellow Newfoundlander who is lives in BC, was brought on as a Co-Director and together we were able to complete the final film in time for it the centennial events in March 2014.  It premiered at the Rooms in St. John's, Newfoundland, where we had over 400 people in attendance, many of whom were family members of the men who were there.

The film went on to play at a number of film festivals and won the Yorkton Film Festival 2015 Founder's Award.


"This short animation is a remarkably vivid account of the 1914 tragedy in which 132 men were stranded on the ice during a severe snowstorm off the coast of Newfoundland. 78 men froze to death on the pack ice. In the spring of 1914, the last of the wooden seal hunting ships in a steel-dominated industry was the Newfoundland, manned by men from across the province. The ship was unable to reach a seal pack due to its lack of ice-breaking power, and 132 men were ordered off the boat and onto the ice to hunt. The ship had no radio equipment, and the men spent two unbearable nights on the ice. Survivor testimony, striking archival materials, weather visualizations, inventive animation and puppetry are seamlessly blended to recreate this harrowing ordeal. " 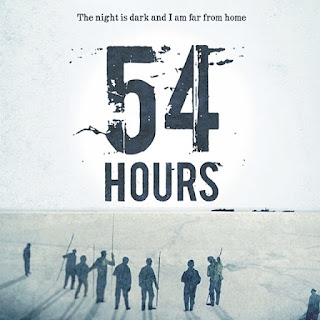 Posted by Unknown at 5:35 PM No comments:

Sometime ago, I was able to work on some corporate explainer videos.  It was interesting work that allowed be do art direction, story boards, and animation.  Generally, I would get a completed script from my contractor and I would take the client brief and the client's existing marketing and branding materials to develop the visuals for the video.  I ended up doing about 15 or so of these videos.  I'll post a few of them below.

Posted by Unknown at 4:34 PM No comments:

Back on this blog

It's been a long time since I've used this blog.  I've been working for the last few years in television animation in studios and I've also done some info graphic work as well as a project that I co-directed with the National Film Board of Canada.  I've been going pretty steady with work and some other ventures and I thought that it might be time to update my online presence.

You can find more information about me at my LinkedIn account.

Have a great one.

Paton
Posted by Unknown at 3:54 PM No comments: 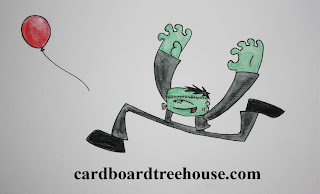 Good Monday morning good people of the interweb. Here is a watercolour I painted for my boy’s room. I feel like this most of the time. A kid trapped in an adult body.
I'll continue to post both on blogspot and my site until I get the site up and running. Once the website is running properly I'll be switching over to wordpress for any new posts. I'll update you on that as it happens.
Posted by Paton at 8:55 AM No comments:

The redirect to from cardboardtreehouse.com to cardboardtreehouse.blogspot.com will be down as we’re getting my new site up and running. If you’ve visited and you’ve noticed some odd changes in the look and layout of the website it is due to my work with WordPress. So please be patient as I work on updating and refining the site. I have lots of goodies in store so stay tuned. More information coming soon. Thanks for stopping by.
Posted by Paton at 8:24 PM No comments: 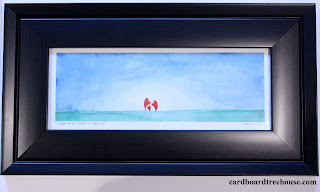 A little experiment in water colour (or color for our American friends) that I painted for my wife. Could make a nice greeting card.
Posted by Paton at 7:20 AM 3 comments:

This is my first pass on a concept I'm working on. Good times.
Update: I am no longer updating this blog as I have moved to my new website cardboardtreehouse.com I'll be adding new paper craft, illustrations, animation, and other offers on the new site. Feel free to pop over and have a look around. Thanks for your interest in my work.
Posted by Paton at 2:51 AM 6 comments: